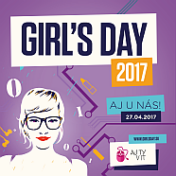 The II SAS, as an external educational institution, in cooperation with FEI STU and FIIT STU announces the enrollment procedure for PhD study in the programs Applied Informatics, and Robotics and Cybernetics. Applicants must have completed their second level degree of university studies (Ing. Mgr, Master´s degree). Applications must be… Read more »

Acreditation 2012-2015 The meeting with international evaluation panel took place at the institute meeting room on Monday, November 7th, 2016, at 2.30 pm. All members of academic community were invited. Presentation Program →…

47th e-IRG Delegates Meeting The first closed e-IRG delegates meeting during the Slovakian Presidency of the European Union will start at noon on the 26th of September until the 27th of September at the EU House – European Information Center in Bratislava. In e-IRG, Slovak republic is represented by Assoc…. Read more »

ICT Proposers´ Day will take place in Bratislava, September 26-27, 2016. At this event, the Institute is going to present the research results and the results of FP projects in a so-called Slovak village. →… Registration open till 19.9.2016. ICT Proposers´ Day web, twitter.

Excursion from Private High School Tatra Academy, Poprad Students of the informatics section in Tatra Academy in Poprad together with their teachers visited our Institute on March 23, 2016. The program for students was prepared by our colleagues J. Zelenka, J. Mojzis, O. Kachmann, M. Dobrucký, and I. Kostic. The… Read more »